How to Increase Hard Drive Performance on Windows 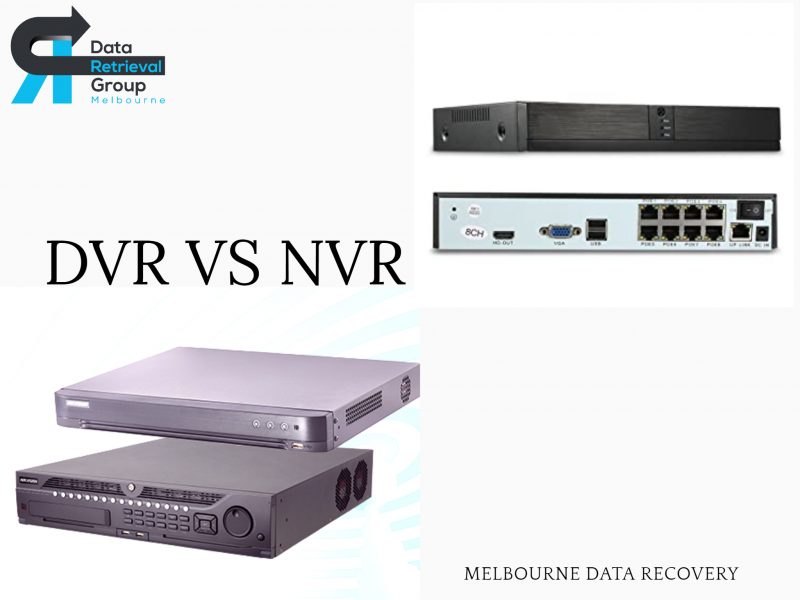 When you buy a security system, you have to choose between a DVR and an NVR recorder. Both fulfill the same function but differ in the type of camera used. In this article, our Data Recovery experts in Melbourne break down the differences and show the advantages and disadvantages of each so that you can make an informed decision. Understanding the differences between DVR and NVR is crucial in evaluating a security system.

NVR vs. DVR – The Basics

In essence, both NVR and DVRs are responsible for video recording. The difference between NVRs and DVRs is that both process video data. DVR systems process video data in a recorder while NVR systems encrypt, process, and stream the data in the camera to the NVR recorder, which is then used for storage and remote viewing. Due to their handling of video data, both systems require different camera types. Most NVRs use IP cameras, while DVRs use analog cameras. It is important to note that a DVR-based system is a wired security system while an NVR system can be either a wireless or a wired system.

Advances in analog and high-resolution over the last five years have significantly reduced the resolution gap between the two systems. To answer this, we need to break down every single component of a DVR system. As you may have noticed, DVR-based security systems are generally cheaper than NVR systems. This lower price is an attractive advantage for DVR systems, but there are compromises.

Most of the cost savings when using a DVR system are due to the camera. The cameras most commonly used for DVR systems are analog surveillance cameras, also known as CCTV cameras. You can combine cameras in your home security system, but there is less flexibility in the types of cameras you can use with a DVR system. DVR systems are analog cameras that send an analog signal to a recorder that processes the images. Another advantage of a DVR system is the lower complexity required by the camera compared to NVR systems.

The camera is connected to the DVR recorder via a coaxial BNC cable. This cable does not power the camera, but two cables are included, one for the power supply and one for the video cable. The two cables have separate ends and offer separate functions. Therefore, you need to install the recorder near an electrical outlet. If your property has an existing coaxial connection to a previous security system, you can use the same cable to connect to the new system. The size and stiffness of coaxial cables can make installation difficult. Coaxial cables have a larger diameter than Ethernet cables used in NVR systems, making it difficult to guide cables through tight spaces. They also tend to be more rigid, exacerbating the problem. Standard coaxial cables do not support audio. Some variants add an RCA port for a DVR if needed, but there are a limited number of audio inputs and a small number of cameras that can record audio. The image quality of coaxial cables starts to deteriorate at 90m, limiting the possibility for you to expand your security presence. Low-quality cables can lead to signal loss at short distances.

Coaxial cables also do not transmit audio, and DVR recorders usually have a limited number of audio inputs. As already mentioned, the camera in a DVR system transmits the analog video over a coaxial cable to the recorder, and the image is processed at the recorder level. However, analog video results in poorer image quality than an NVR system.

A DVR recorder is based on a hardware chipset, an ad hoc encoder, which is responsible for processing the raw data stream from the camera into a readable video recording. DVR systems place different demands on the recorder. In a DVR system, the recorder does not power the camera. The camera connector requires a splitter for the power supply for the camera to work. In comparison, an NVR system requires the camera to be connected to the same network. With DVR systems, the user must connect the camera directly to the recorders.

DVR also has less flexible fastening solutions as it can be more difficult to lay coaxial cables in tight situations and requires an outlet for each camera. DVR-based security systems are less flexible in terms of camera type and mounting options than their NVR counterparts. While NVR-based systems can integrate wired and wireless surveillance cameras, DVR can only be used with wired surveillance cameras.

In contrast to analog cameras, IP cameras can record and send videos. The more powerful hardware of IP cameras also enables improved intelligent functions and video analysis, such as facial recognition. IP cameras have chipsets that can process video data and transmit it to a recorder. NVR systems use an IP camera as a stand-alone image recording device. Because they process video data from the camera to the recorder and then back to the camera, NVR cameras are more robust than their DVR counterparts.

Ethernet cables tend to be easier to lay and terminate because they are thinner and have smaller connectors, which means less drilling. Unlike DVR systems, NVR systems are connected directly to the camera and recorder. They use standard Ethernet cables such as Cat5e or Cat6 to transfer data. However, the NVR system, which is connected to cameras and recorders, differs slightly. Ethernet cables provide power over Ethernet (PoE) to the camera, which means that your camera uses only one cable to record and charge video and audio, eliminating the need for messy splitters like in a DVR system. Ethernet is often cheaper than coaxial cables, making cable change and system expansion more accessible and affordable. Many modern homes and businesses are built with wired Ethernet, making installation easier. An additional advantage of Ethernet cables is that camera systems can transmit audio over Ethernet and send back audio data. Cables do not have to be led from the camera to the recorder. You just need to be on the same wireless network. Installation is straightforward and clean, so multiple cables are not required. The short max. Ethernet cable length is 100 m, but network switches can be used to extend the total distance without compromising image quality.

NVR recorders are only used to store and view the footage. Unlike DVR systems and recorders, NVR systems do not process video data. Once the process is complete, camera and video data are transferred.

NVR systems are inherently more flexible because security cameras don’t necessarily have to be physically connected directly to the recorder. Instead, IP cameras only have to be on the same network.

NVR recorders provide a better video and audio experience than DVRs because they receive a pure digital signal from the camera and because all cameras with recording capabilities are connected over an Ethernet cable. With no compression, each camera’s microphone can be recorded along with the video signal for multi-user monitoring at any time. For added convenience, add one of our NVR recorders to your choice of surveillance package and have peace of mind knowing that someone is watching what matters every minute of the day.”

The main differences between NVR and DVR systems are in their features. For example, an NVR system will usually have better picture quality, as well as easier installation, increased flexibility, and native support for audio on every camera that has a microphone. For people looking for a relatively straightforward security system, a DVR system will most likely be sufficient, especially if your property is already wired for a coaxial cable from an existing security system. 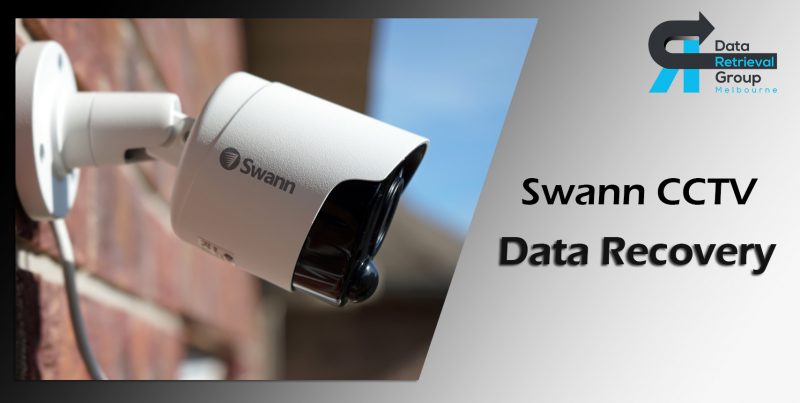 How To Recover Lost Videos From Swann CCTV Security Cameras? 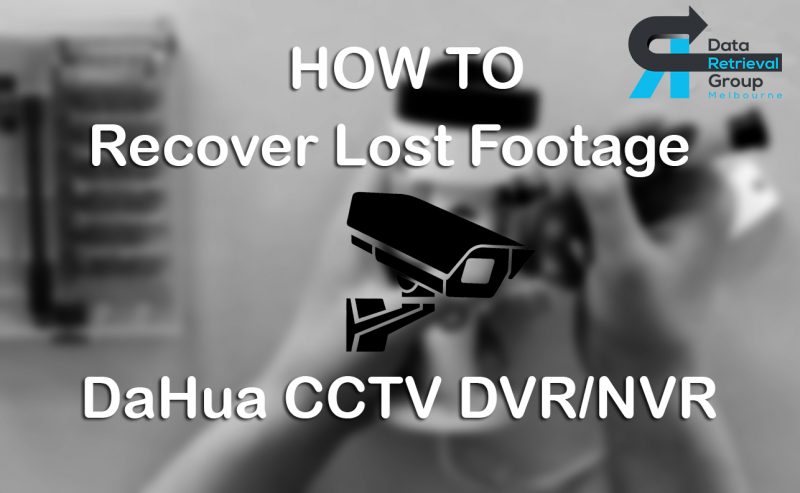 How to Recover Lost Footage From Dahua CCTV DVR/NVR [Solution] 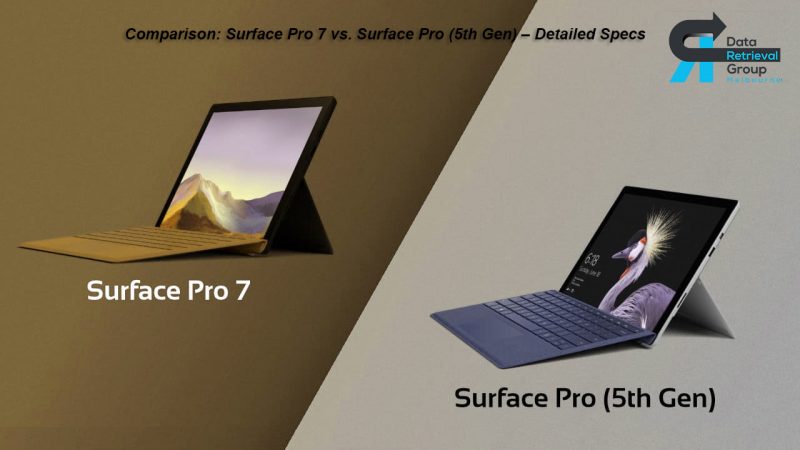